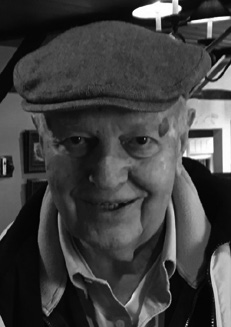 Vernon Keith Post, Jr., 95, of Summit, New Jersey passed away on January 10, 2023.
Vernon was born on March 14, 1927 in Elizabeth, New Jersey, the eldest child of Esther Clara Post (née Engisch) and Vernon Keith Post, Sr.
Mr. Post is survived by son Vernon Robert Post and daughter-in-law Joyce Hodgson Post, of Summit, New Jersey; son Doug Post and daughter-in-law Kim Reardon, of Williamsburg, VA; step-son Fred Rustad and daughter-in-law Brigitte Bernal of Hollywood, FL; step-son Scott Rustad and his partner Carmen Phelps of Derwood, MD; grandson Andy Post of Fredericton, NB, Canada; granddaughter Laura Post of Athens, OH; sister Marjorie Carter and brother-in-law Bill Carter, of Minneapolis, MN; and brother Donald Post and sister-in-law Linda Post, of Northport, AL, and many dear extended family and friends.
He is preceded in death by his beloved wife, Dorothy Post (m. 1989-2021); sister Esther Post; brother David Post; beloved first wife Katie Post (m. 1949-1987); and daughter Cathy Post.
Vernon was raised in Elizabeth, NJ, and subsequently Marietta, Cincinnati, and Piqua, OH. He was a graduate of Piqua High School’s Class of ‘45. Toward the end of his high school senior year, Vernon enlisted in the U.S. Navy; he was stationed near San Francisco from 1945-1946. He spent much of his off-duty time teaching music lessons to local Salvation Army young people.
After the Navy, he went on to study at the Cincinnati Conservatory of Music, during which time he reconnected with Katie Garritty, a friend since childhood, and they married in 1949. While working toward his Bachelor of Music degree, Vernon led various Salvation Army bands in the region.
Upon graduating in 1950, Vernon and Katie relocated to Pittsburgh where Vernon worked as Divisional Music Director and Bandmaster of the Pittsburgh Temple Band.
Vernon and Katie entered the Salvation Army’s School for Officer Training and upon ordination spent a year stationed in New Kensington, Pennsylvania. In 1954, Vernon was asked to join the Music Department at the Army’s Territorial Headquarters in New York City, which led to years of service with the New York Staff Band and Male Chorus, and was promoted to Bandmaster and Territorial Music Secretary in 1963 (at which time he and Katie moved to Bloomfield, NJ), and led the renowned Star Lake Music Camp in Bloomingdale, NJ. His career with the Department was further distinguished by two European tours and the release of several albums.
During this period, Vernon continued to enrich the Salvation Army’s musical tradition by editing, arranging, composing, and publishing music for brass bands, Songster brigades, and worship services.
In 1972, Vernon and Katie left the Salvation Army ministry and embarked upon a new life in Summit, NJ, where he was hired as music faculty in the public school system based on his extensive experience teaching music. He subsequently earned a Master of Arts degree from Trenton State College. Vernon taught in the elementary and high schools, led the high school orchestra and chorus, and taught theory and harmony classes that gave recitals of students’ original compositions each year. He was also the music director of 22 SHS musicals.
Katie passed away in 1987, after which time Vernon was reintroduced to his sister Esther’s college friend, Dorothy Rustad. Vernon and Dorothy were married in 1989. Vernon retired from teaching in 1996.
After his retirement, Vernon continued to enjoy composing and arranging music, playing and occasionally teaching the piano, holidays and get-togethers with family, board games, tennis and table tennis, traveling with Dorothy, and participating in the writer’s group that Dorothy led for many years within their Montclair Salvation Army community. He especially loved arranging piano offertories for Dorothy to perform during church services. Vernon will be remembered for his legacy—as a musician, composer, arranger, and educator, as well as for his relentless and humorous pun-making, vivid storytelling, and especially as a loving brother, husband, father, grandfather, mentor, and friend to so many.
The Post family is planning a celebration of Vernon’s life, which will take place at The Salvation Army Montclair Citadel Corps, date to be announced. Memorial gifts in his name can be made to The Salvation Army, Vernon K. Post, Jr. Memorial, 13 Trinity Place, Montclair, NJ 07042.