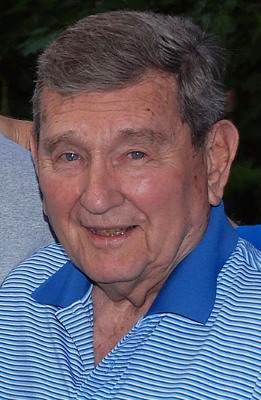 Wallace Andrew Kappler, a longtime resident of Madison, NJ, passed away peacefully on September 22, 2021, at the age of 93.

Born in Brooklyn, NY, the son of Frank and Margaret Kappler, Wallace was raised in Jackson Heights and graduated from Bryant High School in Long Island City, where he was a member of the varsity basketball team. He attended Brooklyn Polytech before enlisting in the U.S. Army, and upon his return attended Bergen Junior College in Teaneck, Adelphi University in Garden City, and College of Insurance in New Jersey.  Wallace’s career in insurance began at General Cover Underwriters Association in New York.  He also worked for The American Insurance Company before joining The Fireman’s Fund Insurance Company where he eventually became a Resident Vice President.  He retired in 1988.  Wallace was a longtime member of Good Shepherd Lutheran Church in Florham Park, where he served on the church council for several years.  He was a director of the Morris County Chamber of Commerce for several years and a past president of the Insurance Managers Association of NJ.  He enjoyed woodworking, photography and golf.

Wallace’s love of family was the most important thing in his life.  His devotion to his wife Joan, for over 70 years, was what sustained him.  That devotion extended to his daughters, their spouses, grandchildren, and great grandchildren.

The love of family extended into all aspects of his life – especially vacation time.  While the girls were small, the family enjoyed time in Cape Cod and New Hampshire.  As the girls grew older, they spent time vacationing in Florida for winter breaks.  Following retirement, Wallace and Joan enjoyed many cruises.  Their most favorite of these trips was a cruise to Alaska for their 50th anniversary, where they took their children and grandchildren.  Additionally, they made a lifetime of memories in their home in upstate New York.

A fair, honest, quiet man, Wallace conducted his life with dignity and grace.  He was admired by all those who knew him.

Family and friends are invited to visitation at Wm. A. Bradley & Son Funeral Home, 345 Main St. in Chatham on Wednesday, September 29th, from 4 to 7 pm.  A memorial service will be held at Good Shepherd Lutheran Church, 160 Ridgedale Ave., in Florham Park, on Thursday, September 30th at 10:30 a.m.