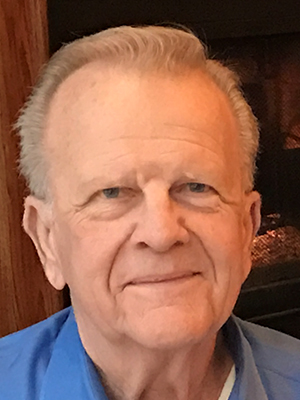 Alan Anderson passed away peacefully at Morristown Medical Center on September 7, 2019 after a brief illness.  He was 80 years old.  Born on November 6, 1938, to Alexander and Evelyn Anderson, Alan was raised in Union, NJ before moving to Whippany over 50 years ago.

Alan attended Union High School. After graduation he enrolled in the Navy.  He served for several years before leaving the Navy and becoming a tool and die maker.  He worked at National Manufacturing in Chatham and TRW in Mountainside before his retirement 13 years ago.  Alan was also active with the Hanover Township Senior Citizens.

Alan’s proudest accomplishments were his 2 children.  He loved spending time with his family and in his retirement, he could always be found at his grandsons’ baseball and football games and his granddaughters’ field hockey games and track meets.

He leaves to cherish his memories his devoted wife of 50 years, Ann, his daughter, Alana Gillespie and her husband Rob of Whippany, NJ, his daughter Diane Adamiak and her partner Eric Maier of Whippany, NJ, his step-son Devin Scott of California, and his grandchildren, Maggie, Madison and Jake Gillespie and Tommy Adamiak.  He is also survived by his grand-dog, Molly, who he adored and who adored him.