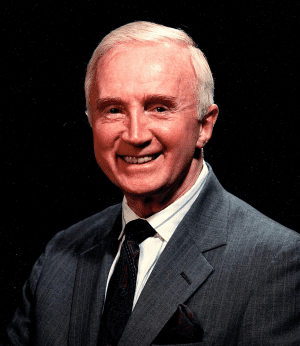 Charles E. Baxley, Esq., 92, passed away on October 24, 2022, of complications from Covid and Alzheimer’s disease.

Charles was born and raised in Brooklyn, NY, where he graduated from Bishop Loughlin Memorial High School. He earned his undergraduate degree from Manhattan College in Bronx, NY, after which he obtained a masters’ degree from Columbia University and a law degree from St. John’s University.

Charles became a name partner in the intellectual property law firm Liddy, Sullivan, Hart, Daniels & Baxley in New York, NY while still in his 30s.  He later founded the law firm Hart, Baxley, Daniels & Holton, also in New York, which he ran until shortly before his passing. Charles took up running at age 49 and became an elite runner with more than 54 marathons under his belt and a personal best time of 2:47 at age 52.  He was also a member of the chain crew of the New York Football Giants from 1969 to 2005.  Most importantly, Charles was a man of charm and intelligence, as well as an engaging raconteur, generous father and friend, and strong role model.