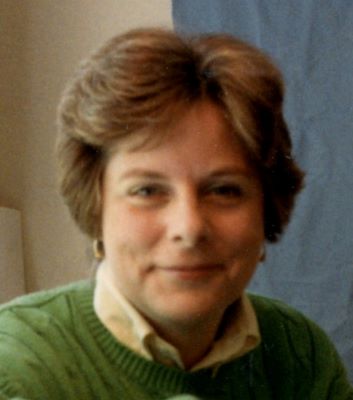 Deborah Jane Ward Timpson was born in Orange, NJ. Deborah’s roots in New Jersey run deep; she is descended from the Scottish and English settlers who crossed the Atlantic in the 1600s to build a new world. Her father’s ancestors founded the city of Newark, while her mother’s owned the boats that Washington used to cross the Delaware. Deborah’s Scottish ancestry defined much of her outlook and behavior – she loved deeply, but kept it close.

She lived in West Orange until 1957, when her family moved to Short Hills. She went to The Beard School, followed by Far Brook School, Millburn High School, and The University of New Mexico. While at UNM she developed an intense interest in Pueblo culture and art that she maintained throughout her life.

Deborah met the man who would become her husband, Roger, in 1965 and after a furious courtship spent largely on his motorcycle, they were married in 1967. They became a Navy family in 1968, and Deborah spent the next seven years making herself at home wherever the Navy sent them and rising to the responsibility that accompanies being an officer’s wife. Always cool under pressure and with flawless comedic timing, Deborah once greeted Roger at the hospital after he was rescued from a helicopter crash with “Otherwise how was your day?”

They moved to California and then Japan where Deborah mastered the art of Japanese flower arranging (“Ikebana”), honed her bargaining skills, and learned an astonishing amount of Japanese – which was useful since very little English was spoken in Japan at the time. It was also in Japan that Deborah and Roger met four of the people who would become part of their fictive kin: Art and Carol Warnack and their daughter Chana, and Eva Rybock.

From Japan they moved briefly to Rhode Island and then to Andalusia, Spain from which Deborah explored the Mediterranean and north Africa. There was another brief stint in Rhode Island before some time in Guam, and finally a few years in Washington D.C. where Deborah worked for the Department of Education at George Washington University while Roger earned his Master’s.

In 1975 Deborah and Roger moved back to New Jersey and back into the home in which she’d been raised, where she lived until her death. When their daughter Amanda was born in August of 1977, Deborah hit the trifecta of the things she’d sworn as a young girl that she would never do: 1) Marry an engineer. 2) Drive a station wagon. 3) Be pregnant in the summer.

Deborah joined the Millburn-Short Hills Volunteer First Aid Squad, which her uncle helped found, in 1975 and worked tirelessly to sustain and upgrade its professional standards. Eventually she became the Treasurer and then, in 1981, the President. Deborah loved her work with MSHVFAS, and it set her on the path to which she would dedicate the rest of her career.

Deborah went on to become a Paramedic. She worked at St. Barnabas Hospital and then Overlook Hospital, quickly making a name for herself as a gifted medic who you’d want at your side on a tough call. Deborah embraced her work as a huge intellectual challenge and never stopped learning and considering better ways to do things. When the standards for Pediatric Advanced Life Support were created, Deborah was one of the first to deploy them.

After twenty years in the field, Deborah moved into management and became the Paramedic Manager at Overlook, overseeing a boisterous group of medics to whom she was devoted in spite of them being almost impossible to manage. She was also appointed to the State Emergency Services Council by Governor Christine Todd Whitman, where she learned both the horrors and the good works in Trenton.

In her spare time Deborah wrote, channeling all of her curiosity and experiences into short stories and poems. She has had several short stories published, and started a novel in her retirement that she had hoped to see published as well. She also found time for more adventure including an extended trip around the world.

She left us softly, after only a 10-week battle with what was finally diagnosed as non-Hodgkins Lymphoma.

Deborah loved her husband, her daughter, her country, her fictive kin, and all of her medics with the entirety of her boundless heart.

Deborah’s ashes will be spread on the island of Iona in the spring, when the iris are blooming, but a public memorial gathering will be held from 3pm to 7pm on Saturday, October 5, 2019 at Bradley, Smith & Smith Funeral Home in Springfield.

The family requests that members of the military and emergency services wear their uniforms.