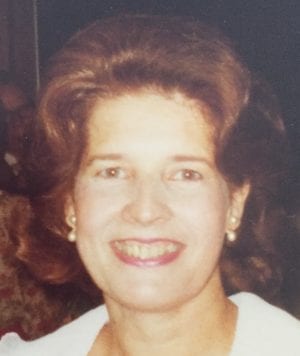 Age 93 of Summit, New Jersey passed away on November 13, 2020 of natural causes.  She was born in Parkersburg, West Virginia in 1926 and was the daughter of Robert Morris Wilson and Dorthea Cook. She attended West Virginia University until she moved to New York City and enjoyed a career there in retail for several years.  She married Don W. Mitchell in 1954, and together they had four daughters, Melinda, Gayle, Lauren and Hillary.  All four daughters survive her.  Her husband passed away in 1962, and she married Louis Hauptfleisch in 1974. They were married for 32 years until he predeceased her. Pam enjoyed a second career at Prudential Insurance after she raised her children. She was active in the League of Women Voters for many years and often staffed the voting polls. She was also a member of the Presbyterian Church in every city and town she lived in throughout her life.