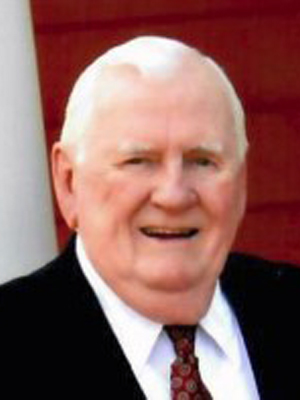 Francis “Buddy” McGrory of Springfield passed away peacefully on Wednesday, January 8, 2020 at the age of 84.  Born in Jersey City, NJ. Francis lived in Newark and Maplewood before moving to Springfield in 1976.

He served in the Army during the Korean Conflict and was a member of the Milburn V.F.W. Francis attended Irvington Tech for sheet metal work and his apprenticeship training. He became a member of Locals 10, 28 and 25 of the Sheet Metal Workers Union. He served in numerous capacities in the Union for over 50 years. After retirement, he continued to be active with the Union’s retiree organization. In recognition of his humanitarian efforts and good character he was awarded the “Francis McGrory Honorary Labor Award.”

Buddy’s hobbies included fishing and watching the history channel. What he enjoyed most was many Disney trips with the family and playing with his great-grandchildren.

He is survived by his beloved wife of 61 years, Florence Gail (nee Harris) McGrory; daughters Karen Stockl and husband Steve, Kim Cieri and husband William; his brother William McGrory. He is also survived by his cherished grandchildren Steven F. Stockl and wife Susanna, Alyssa (nee Stockl) McInerney and husband Gene, Megan Cieri and fiancé Michael Maneiro, and Matthew Cieri along with great grandchildren Charlie, Linus and Sydney. He is predeceased by his parents Alexander and Sarah (nee O’Brien) McGrory and his brother Alexander McGrory.

Funeral Home:
Bradley, Smith & Smith Funeral Home Visitation Hours:
A visitation will be at the Bradley, Smith & Smith Funeral Home, 415 Morris Avenue, Springfield on Saturday, January 11th from 11:00 a.m. to 2:30 p.m. Funeral:
A prayer service will be held at 2:30 p.m on Saturday, January 11th following the visiting hours and concluding with Military Honors. Memorial Gifts:
In lieu of flowers, contributions can be made to the Springfield First Aid Squad, 10 North Trivett Ave., Springfield, NJ 07081 or Center for Hope Hospice and Palliative Care, 1900 Raritan Rd., Scotch Plains, NJ 07076. Envelopes will be available at the funeral home.