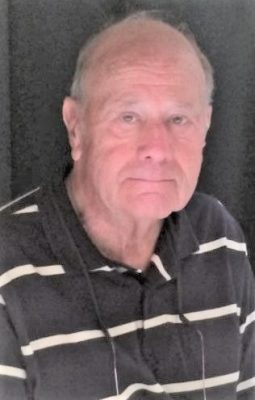 Click here to view the visitation livestream on Wed, 8/17 4-6pm

Gerard (Jerry) Peter Lynch, loving husband, proud father, grandfather, and great grandfather passed away Sunday August 14th, 2022, with his wife Karol by his side after a long and courageous battle with Parkinson’s disease. He was 85.

Jerry was born in Brooklyn, NY October 5th, 1936, to Dorothy and Joseph Lynch. He grew up in Queens Village, NY and graduated from Hunter College in 1958.

After college Jerry started what was an illustrious career on Wall Street that spanned more than 30 years. He started at Bankers Trust, and ultimately joined Morgan Stanley where he became a Partner in 1974. While at Morgan Stanley he helped create an industry leading back office infrastructure. Jerry also was very active in industry issues and was a founding member of DTC (Depository Trust Company). Jerry also served as Chairman of the National Securities Clearing Corporation {NSCC) from 1984 to 1985. He retired from Morgan Stanley in 1991

Jerry firmly believed that to whom much is given, much is expected. Words he lived by in his time devoted to various charities including the League Center in Brooklyn, NY and the Boys & Girls Clubs of Indian River County, FL. In addition, he supported his Alma Mater, Hunter College of NY. Through anonymous donations he also funded educational opportunities for underserved individuals as he believed that education is the foundation of all success.

Jerry was a devoted husband, father, grandfather, and great grandfather. He married his loving wife Karol on August 9th, 1999. They shared 23 years together spending time in Colorado, Florida, and New Jersey. Karol and Jerry travelled the world together and included family in many of their journeys. In addition to his travels Jerry was a fly fisherman, black diamond skier and completed 5 New York City marathons.

Funeral arrangements are private. A Celebration of Life for Jerry will be held at a later date. Ir lieu of flowers, donations in Jerry’s memory can be made to the Boys & Girls Clubs of Indian River County, FL.