On Thursday, December 31, 2020, Margaret Stewart Thorbjarnarson of Chatham, NJ, passed away peacefully at the age of 93 with her daughter Lisa by her side.  Born on February 2, 1927, in Toronto, Ontario, Canada, she was the daughter of Wilma Campbell and John Moffat Brown.

Peggy (as she was known in the States, as Marg was too hard for Americans to pronounce) grew up and attended Vaughn Road and North Toronto high schools in Toronto.  While there, she decided to become a nurse.  Her nurse’s training was at Women’s College Hospital, which was located in Toronto and staffed by women. After receiving a year of basic nursing instruction, she worked at three affiliate Toronto Hospitals. Later, after receiving her RN degree, she worked on the obstetrics ward of Women’s College Hospital and as a private duty nurse. Wanting more adventure, she went to New York Hospital for training as an operating room nurse and worked at the Polyclinic Hospital.  After her six-month training, she returned to Canada and worked as an operating room nurse at Sunnybrook Veteran’s Hospital for two years. In 1951, she returned to New York City and worked at New York Hospital, Memorial and Special Surgery Hospitals.  With such busy schedules, the nurses and residents socialized quite a bit, and Peggy met her future husband, Bjorn (Toby) Thorbjarnarson who was a resident surgeon at New York Hospital this way.

She married Bjorn (Toby) Thorbjarnarson on April 30, 1955, in New York, NY, and honeymooned in Niagara Falls. They had been married 64 years at the time of his death in October 2019. While married, Peggy continued nursing at the Hospital for Special Surgery until she became pregnant in 1956.  Her first child, John, was born in Boston, MA where Bjorn was working as a navy doctor at Chelsea Naval Hospital for two years during the Doctor’s Draft which followed the Korean War.  They returned to New York City and ultimately moved to New Jersey while Bjorn worked at Cornell Medical/New York Hospital.  She raised four children (John, Kathy, Paul and Lisa) and made life-long friendships with other doctor’s wives and neighbors in Cresskill and Norwood, New Jersey.  She loved reading, shopping and gardening, always having potted plants when no garden was available. In later years, she lived in Fort Lee and Old Tappan, New Jersey as well as Florida.

Peggy had a life-long love of the beach – enjoying vacations with nursing friends in Florida, the Bahamas and Bermuda and later family vacations to Puerto Rico, the Cayman Islands, Cape Cod and Seaside Heights, NJ. In 1979, she and Toby fulfilled her lifelong dream by buying a condominium on Florida’s Space Coast in Cape Canaveral. She and Toby became snowbirds from New Jersey and greatly enjoyed the views of space shuttle launches and cruise ships sailing through Port Canaveral from their condo balcony.

When not at the beach, she enjoyed travels with Toby to many locations in Europe, South America, Hawaii and the Panama Canal. They also spent time in their Catskill house in both summer and winter.  Of course, in later years, many visits with family and grandchildren also occurred. She loved cats, and when she couldn’t own one herself always befriended the neighbor’s cat. She never met a stranger and always greeted people with a smile and a chat. Her grandchildren remember her as silly, fun, and hilarious, constantly cracking jokes, dancing, or offering their favorite sweets.

Proud of her Canadian heritage, she waited until 1990 to become a naturalized United States citizen.

Her love of the beach was countered by two hurricane evacuations from Florida. In the last three years of her life, she resided in assisted living and skilled nursing residences in New Jersey near her daughter, Lisa.

She is survived by her daughters, Kathryn Thorbjarnarson and Lisa Enslow, sons-in-law Rich Yates and Brian Enslow, five grandchildren – Jamie and Craig Yates and Paige, Meghan and Meredith Enslow – and her younger brother Bruce and his wife Aino. Also many nieces and nephews and extended family in Canada and Iceland.  Her husband, Bjorn, sons John and Paul, and her older brother Donald and his wife Jean have predeceased her.

Condolences and personal reflections for the family are welcome using the “send an email condolence to the family” link located just below the butterfly at the top of the post. 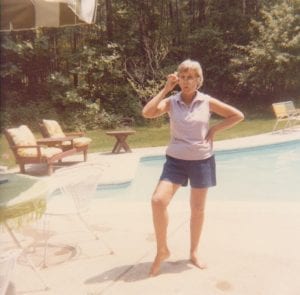 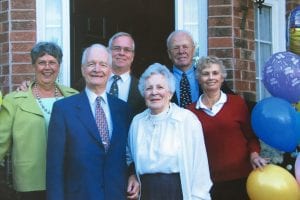 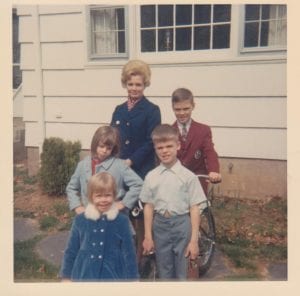 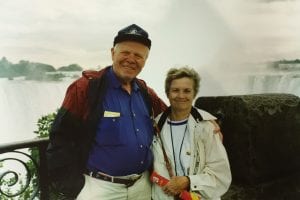 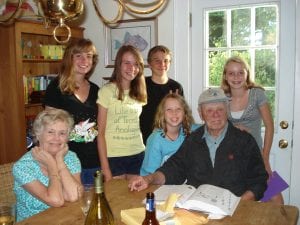 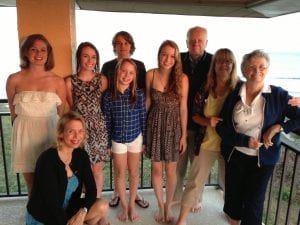 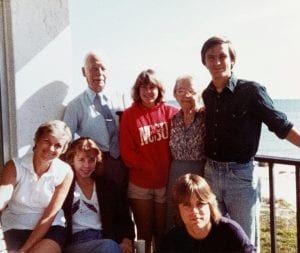 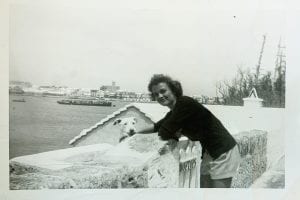 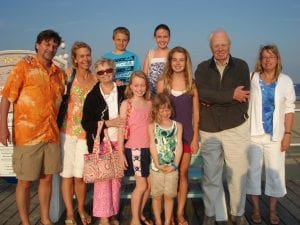 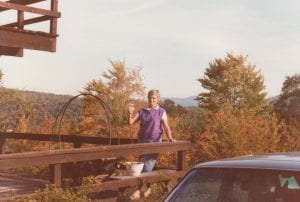 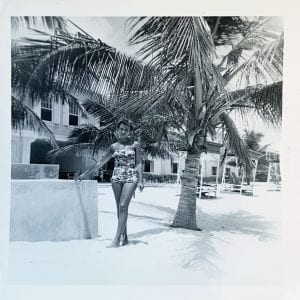 Funeral Home:
Wm. A. Bradley & Son Funeral Home Funeral:
A service celebrating her life will be held at a later date, still to be determined. Memorial Gifts:
In lieu of flowers, if you wish to, please donate to the ASPCA or any humane society of your choice in honor of her love of animals.