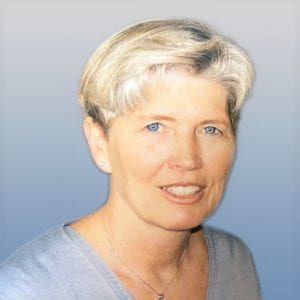 Patricia Ann Lindsey, of Stuart, Florida and Glen Mills, Pennsylvania, passed away on July 1, 2020. She passed away peacefully after a day spent celebrating her 81st birthday. She was a loving wife, mother, grandmother, mother-in-law, sister, aunt, stepmother, and a friend to all.

Pat worked as a dietician at Ellis Hospital in Schenectady, NY as Dick attended graduate school.  Shortly thereafter, they moved to Camp Hill, Pennsylvania and then to a house in the country in Dover, Pennsylvania, where Pat, Dick and the children, all animal lovers, enjoyed spending time with their growing menagerie of pets, including cows, pigs, chickens, ponies, Pat’s cherished horse, Cheyenne, and numerous cats and dogs.  When Dick accepted a new job on McNeil Island, located in the Puget Sound near Seattle, Washington, the family moved west for three years and lived on the island.  They drove back and forth across the country during the summers to stay at Jenny Lake and spend time with the grandmothers.  They moved back to Pennsylvania in 1978.  After many happy years in Pennsylvania, Dick passed away in 1997.

Pat was lucky to find true love not once, but twice in her life.  She met her surviving husband, James P. Duffy (“Jim”), in the late 90’s and they were married in 2001.  They enjoyed traveling, marching in the New York City St. Patrick’s Day Parade, dancing together to Irish music, spending time with their children, stepchildren and grandchildren, and seeing their dear friends in Pennsylvania, the Miles Grant community in Stuart, Florida and their friends at Jenny Lake.

After Pat moved to Pennsylvania, she stayed home to raise her family.  However, interested in resuming her career in the late 1970’s, Pat studied diligently to pass her registered dietician exam.  After acing the exam, Pat worked at Elwyn Institute in Media, PA as an assistant food service administrator and then was promoted to run the food service department there.  After leaving Elwyn, she worked for the Pennsylvania Department of Education as a Food and Nutrition Advisor.  She retired from the state in 2000.

Pat loved her time at Jenny Lake with her family.  While at Jenny Lake, she made homemade donuts for her grandchildren, enjoyed a competitive game of doubles tennis with Dick, gin rummy with the O’Brien clan and later pickleball with Jim.  Pat was a planner and enjoyed planning every detail of a trip, wedding or evening out.   She loved to laugh and play games with her children and grandchildren, ride the ocean waves and take long walks on the beach.  She was there for her children through every triumph and tribulation, feeding newborns and taking grandchildren to activities.  She was a wonderful cook and entertainer and provided the family with incredible Thanksgiving and Christmas dinners.

A memorial Mass will be held on Friday, July 17th at 11:30 a.m. at Corpus Christi Catholic Church in Chatham, NJ. Due to the current Covid-19 restrictions on the number of attendees for an inside event, the funeral will be limited to family and close friends of the family; however, the service will be live streamed to provide remote attendance via the link above. There will be no visitation prior to the memorial mass.

Funeral Home:
Wm. A. Bradley & Son Funeral Home Funeral:
Private
Corpus Christi Church
234 Southern Blvd.
Chatham, NJ 07928 Memorial Gifts:
In lieu of flowers, donations in Pat’s honor may be made to either the Alzheimer’s Association or the Fisher Center for Alzheimer’s Research Foundation.