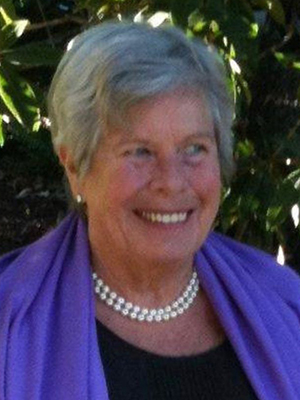 Peggy Harding Nelson passed away peacefully, surrounded by her loving family, on October 25, 2019.

Peggy was born on August 1, 1941 in Orange, N.J. She grew up in South Orange and Short Hills, attended The Miss Beard’s School for Girls and graduated from Hollins College in 1963 with a B.A. in English.

Peggy also sat on the Boards of several organizations, including The Children’s Aid and Adoption Society, The Junior League of Morristown, The Chatham Township School Board, The Morristown Beard School Board of Trustees and the Alumni Association, The Women’s Association of Morristown Medical Center and The Library of the Chathams.

Peggy was married for 55 years to Glen Nelson, who survives her. She is also survived by her daughter Pamela Davidson, her son-in-law Michael, her son Glen Nelson, Jr. (“Chip”), her daughter-in-law, Angela, her cherished grandchildren, Samuel, Matthew and Jack, her brother Daniel Harding and her sister Susan Harding.

Peggy had a boisterous laugh, a huge smile and a vivacity that lit up a room. She will be sorely missed.