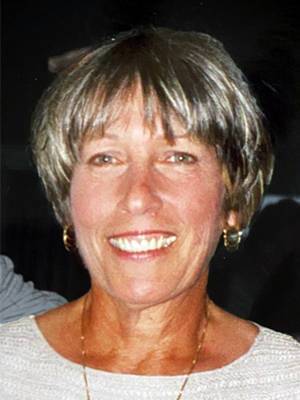 Susan Elizabeth Okeson (née Wander), 73, of Hampton NJ, passed away on Monday, December 30th after a courageous battle with cancer. She was born in Orange, NJ in 1946 to George Andrew and Elizabeth Jean Wander, living briefly in Ohio and growing up in New Jersey.  She graduated from West Morris Regional High School in 1964, attending college at both Fairleigh Dickinson University and later Moravian College.

In 1965 Sue and Dave met, and married following his military service in 1969, living first in Bernardsville, then Califon, and soon after settled in Warren County, NJ together where they raised their children Katie and Andrew.  Sue worked for Esso, Automatic Switch Co., and Custom Alloy in the 1970’s, and worked in sales for her husband’s company, Warren Business Forms in the 1990’s. An avid golfer, she played for fun and competition, achieving an elusive hole-in-one.

Kind and compassionate to all, she served as a long-time volunteer with NORWESCAP in Phillipsburg NJ, working in the thrift shop which supported NORWESCAP’s mission.

Sue is survived by her daughter Katie and her partner Erica, her grandchildren Zachary Fallahee and Elliott Wright as well as her brother Gregory Wander and wife Margaret, brothers-in-law Steven, Jeffrey, and Neil Okeson, and several nieces and nephews. She was predeceased by her husband Dave, her son Andrew, and her father- and mother-in-law, George and Lois Okeson.

A memorial gathering for family and friends will be held at a later date.  In lieu of flowers, please consider donations in Susan’s memory to NORWESCAP (the North West Community Action Program) or Hunterdon Hospice.