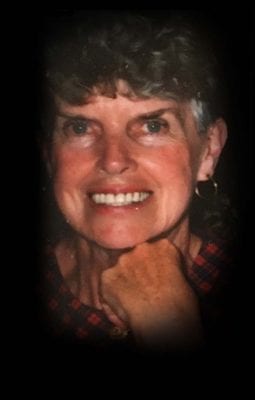 Theresa McNulty Curry (Terry) of Madison, NJ, died peacefully on June 29, 2021. Born in Bay Ridge, Brooklyn on February 12, 1927, she was the youngest of eight children. Terry married Joseph (Joe) Curry in 1950 and together they raised their family in Woodhaven, Queens. Forced to abandon her education after ninth grade, she later earned her GED as a working mom and continued to be a lifelong learner. She attended classes at Queensborough College and sought out adult education programs wherever she lived.  Terry was a front-line worker with the community newspaper, The Leader Observer, also worked for the City of New York and earned a pension with the State courts in Mineola as a legal secretary. In her leisure time, Terry composed several crossword puzzles, that were published in the New York Post and in syndication across the country.

A real dynamo, Terry was very engaging and always up for fun. At parties, Terry and Joe could be found on the center of the dance floor. Given any opportunity, Terry would burst into song or yodel her favorites from Slim Whitman and Eddie Arnold.   Forever practicing the accordion and piano, Terry encouraged everyone to join in and show off their talents. Many happy summers were spent with family in Kerhonkson, NY in the Catskills. enjoying the outdoors and the company of her dear twin sisters, Rita and Frances and the extended family.

Terry enjoyed biking and was proud of her swimming and diving skills.  She was also able to keep up with Joe, on the golf course. In retirement, Terry made many friends living in High Falls and Millbrook, NY and Denville, NJ.  She enjoyed gardening and her Kentucky Derby parties were legendary. Terry loved to walk 2-4 miles every day even into her 90’s.