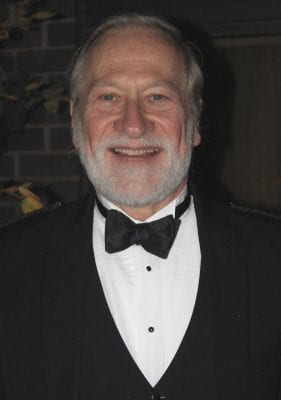 Vincent M. Smith, 80, passed away on Thursday, May 20, after a battle with cancer. A man of many creative interests and talents, he was a lawyer, designer, Feng Shui consultant, environmental psychologist, educator, writer, singer, actor, designer, and director, who was active in the communities of Chatham, NJ; New York, NY; Hancock, MA; and Ticonderoga, NY.

He began his professional career as a lawyer in New York City, first with Breed, Abbott & Morgan from 1965 to 1970, then with Debevoise & Plimpton, where he was made partner in 1975 and the senior real estate partner in 1981. In conjunction with his involvement with the legal profession, he was a member of the New York State Bar and the New York Advisory Board of the Chicago Title Insurance Company.

In the late 1980’s, he was introduced to the principles of Feng Shui and began studying in the United States and in China with His Holiness Grandmaster Professor Lin Yun. Vincent retired from the practice of law in 1995 to devote himself to Feng Shui and the principles of environmental psychology, founding VMS Feng Shui Design Co. and Panergetics, LLC. He lectured on Feng Shui around the country, teaching courses on the subject at Williams College in Massachusetts and at Berea College in Kentucky. His book Feng Shui: A Practical Guide for Architects and Designers was published by Kaplan in 2006.

In addition to his professional pursuits, Vincent was active in and served on the boards of the Chatham-Summit Friends Meeting, the Chatham Community Players, the New Jersey Shakespeare Festival, and Playwrights Theater of New Jersey. In 1999, he co-founded Keen Company, an Off-Broadway theater company in New York. His participation in the theater ranged from singing, acting, and set design to writing, directing, and producing. His energy, creativity, and generosity sustained these, and many other organizations.

In 2009, he took on the role of Interim CEO of Silver Bay, YMCA of the Adirondacks. Upon leaving that post, he and his wife, Alice, purchased a home in Hague, NY and became active in nearby Ticonderoga. In recent years, he worked with the town of Ticonderoga on several community projects, including the Festival Guild Players, which he founded in 2015. His final production with the Ticonderoga Festival Guild was his original play Solving Mr. Appleton’s Demise, which he directed in 2019. He was completing a sequel at the time of his death.

A Memorial Service will be held at the Chatham Community Players, 23 N. Passaic Ave., Chatham, NJ on Saturday, June 19 at 3:30pm.