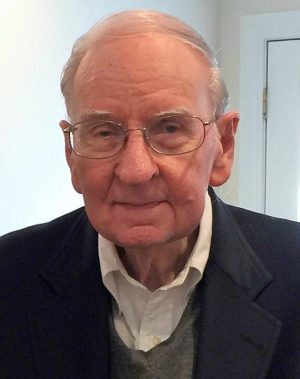 Bill met his beloved wife Kathleen, a native New Yorker, when he was a medical student at Duke University in Durham, North Carolina and working at the Eastover Resort in Massachusetts during the summer of 1959 and she was a guest. After years of courting, and Bill driving from Durham to New York City to visit Kathleen, they married on June 6, 1962. They started their family with the birth of their daughter Liz in 1965 and their family expanded with their daughter Caroline, born in 1966, and their daughter Katie, born in 1973. Bill and Kathleen made homes in Jacksonville, Florida when he was a lieutenant with the Navy, in New York City when he was a radiology resident, and in Morristown where they lived for decades. In recent years after he retired and Kathleen passed away, Bill relocated to Brandywine Senior Living in Pennington, NJ to be nearer to his daughters and grandchildren.

Bill was an avid tennis player and enthusiast of the Metropolitan Opera, New York City Ballet, and old classic movies. He enjoyed these activities with his family year after year. Bill was actively involved with the Peck School, Kent Place School, Morris County Golf Club, and Morris Museum. Those who knew Bill appreciated his slight Southern accent, which made you feel at ease, his peerless patience and kindness, which were shown to everyone he encountered, and his gentle and quiet spirit.